Hawke’s Bay Farmer’s Market has been operating since 2000, founded by a group of local producers with farmgate sales who shaped the markets we have today.

The Hawke’s Bay Farmers’ Market opened in 2000 and is one of the oldest and largest Farmers’ Markets in the country. Every Sunday we come to life offering a complete shopping experience!

Our market is a place where the regions ﬁnest growers and artisan producers supply their wares so you can see, touch, smell and taste the goods, before buying directly from the source. Meet the growers and producers as you wander at your leisure around this traditional Farmers’ Market, discovering the diverse range of fresh produce and genuine artisan products grown and produced in Hawke’s Bay. 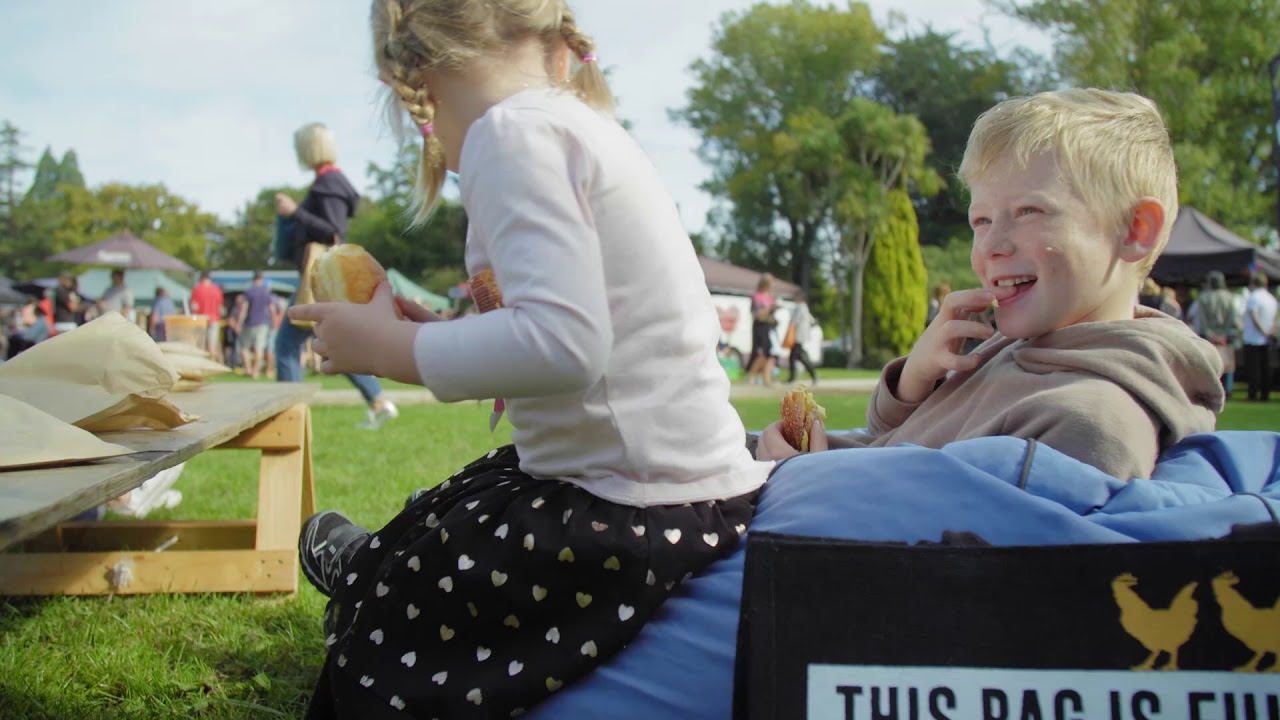 With the popularity of the market growing year on year, it is not only a wonderful family place for locals, but now a year-round must-do for visitors.

And what’s not to love about the Market with its friendly relaxed atmosphere, stunning tree-lined grounds of the Waikoko Gardens, busker music in the background for the crowds who mingle with their morning juices and locally roasted coffees or shop for delicious pantry items, fresh fruit and veg, cheeses, olive oils, breads, meat, fish, wine, beer and cider, sweet treats, wood-fired pizzas and so much more.

Find a ideal spot under umbrellas or a shady tree to sit and watch the world go by for an hour or two while the children play at the dedicated Kids Area or munch on seasonal fruit.

Buy your fresh goodies for the week ahead or take home some local treats for the family.​​​​​​​

The Hawke’s Bay Farmers’ Market is one of the oldest in New Zealand and certainly one of the largest year-round markets. The first market held on Sunday 29th October 2000.

“The Market was held in Waikoko Gardens,” recalls Ian Thomas, now owner of Paella a Go Go. “I remember standing behind my egg stall at 8.00am wondering if anyone would actually come. Then the cars started to arrive and they kept on coming. TV 3 News covered the event as New Zealand ‘s first farmers ‘ market. Roughly 2000 people came to the Market, produce sold out very quickly and then we celebrated!”

Clyde Potter from Epicurean Supplies is the only remaining original stallholder, who still owns his original business at the Market.

Over the last 18 months a few of the original stall owners have retired, however those still part of the Market from the original stalls are 114 Avocados, Bay Espresso, and Orcona – all now operating with different owners. Holly Bacon took a break for a few years but have returned and Ian Thomas who originally owned Purely Free Range, now owns the Big Brunch by Paella a Go Go.

As the Market grew in popularity, the stallholder numbers grew quickly, with the likes of Gelato Rush Munro, GF Gardens, Barry the Butcher, Hawthorne Coffee and St Andrews Limes joining early on.

The market was started by the Hawke’s Bay Food Group. Set up by Sir Graeme Avery, the Group consisted of local producers with farmgate sales and restaurant suppliers. The Group became part of Food Hawke’s Bay Inc and then demerged in 2014, handing the Market the autonomy to operate as a membership owned incorporated society.

The markets are run by an executive committee of market stallholders who are passionate about the food industry and the Hawke’s Bay region. They have a good understanding of the how the market is organized and run as well as its philosophies.